Fresh Research on the Benefits of Animal Flow

For Master Instructor, Evgenia Kabanova, Animal Flow is more than a physical practice. Over the past four years, it has been a major focal point of her career, studies, and life.

Driven by her background as an ex-professional athlete and an undeniable passion for Animal Flow, Eve decided to pursue a Masters Degree in Physical Culture and Sport, conducting and presenting original research using the Animal Flow program as her dissertation.

She graduated in December, and has now relocated to Kazakhstan where she is leading the effort to develop Animal Flow in that country and surrounding areas.

Eve is now one of only a handful of researchers around the world studying the relatively new field of Quadrupedal Movement. We asked her to share the study’s thesis, methodology, and findings with us. In addition to the article below, in the coming months Eve will also be presenting the findings in an Animal Flow webinar available to the general public.

When I entered Tyumen State University as a student in 2019, I was a Level 1 Certified Instructor. I already knew that I wanted to conduct my research on Animal Flow as it would provide a chance to gain an even deeper understanding of the program. I also wanted to contribute to the growing, but still young, body of scientific evidence behind AF.

Many of the clients that I train are women in their 30s, so it made sense to me to focus on this specific group for my dissertation. With the topic decided upon (“Contents of wellness workout of women aged 30-35 years old, training with Animal Flow program”), I approached my clients with an invitation to become subjects of the study.

When I originally began my research, I was aware of only two other studies that had been (or were being) conducted specifically using Animal Flow.

One conducted by Matthews et al. (2016) looked at a four-week program of Animal Flow and how it impacted cognitive function and joint repositioning sense. A second study of eight weeks’ duration (Buxton et al., 2020) looked at the effects of quadrupedal movement in healthy young adults.

The principle researcher in the 2020 study, Dr. Jeff Buxton, is also a Certified Instructor from the US. At the time, he was finishing his current research on Animal Flow and I was really inspired by Jeff’s work. Hearing him present his results assured me of the opportunities and benefits of conducting research on such a new topic area. 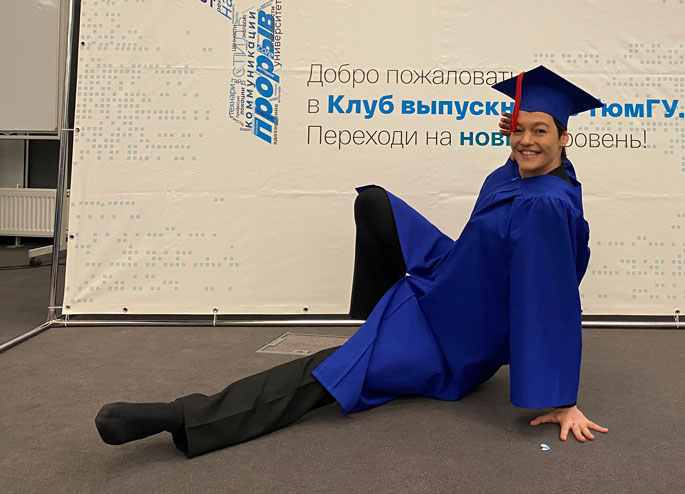 Merging Animal Flow with the demands of research was a labor of love for Eve Kabanova.

The entire study took almost two years to complete, including work on scientific literature and processing research data. The experiment itself, which is the focus of this article, lasted two months.

The goal was to observe any improvements in the physical abilities and motivation of subjects. I was particularly interested to see if a regular Animal Flow practice would influence the adoption of a healthier lifestyle and their involvement in other physical activity.

I had two experimental groups (EG):

We conducted a two-month training period with both groups which included:

All EG-2 subjects had an additional HW piece that was to be submitted via video each week. This task was taken from the Animal Flow Certified Instructor Facebook group and varied in duration and complexity from week-to-week.

EG-1 had an increased time for Wrist Mobilizations and decreased time spent on Activations. This was due to the group being comprised of more novice Flowists who were less conditioned to exercise overall.

By contrast, EG-2 performed more movements per session, at a faster pace, and incorporated more complex tasks such as designing group Flows. This combination of factors resulted in a higher volume of activity per session when compared to EG-1.

Assessments on physical abilities and motivation

We ran a selection of tests on physical abilities and motivation at the beginning and end of the experiment. The results were compared with the aim of seeing if there were any improvements over the eight weeks. Results were not compared between the two groups or with a control group and instead focused on improvement within each group. 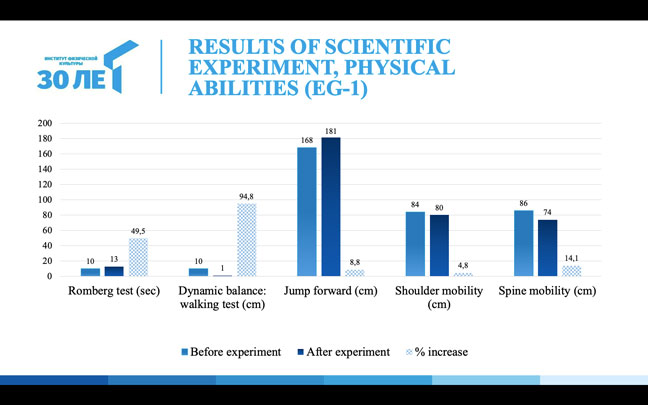 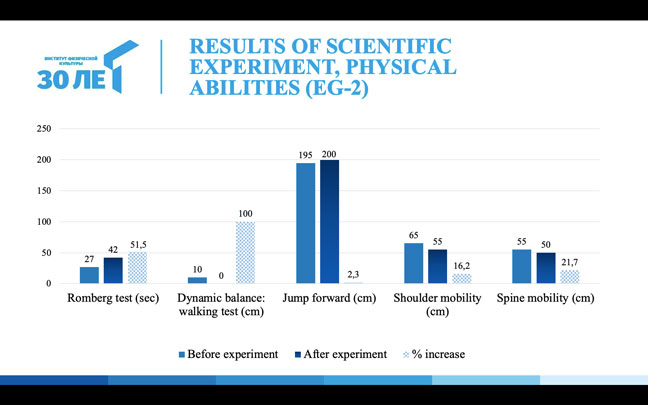 The graphs above show:

EG-2 participants were also tested for their technical execution of Form Specific Stretches, with the six movements recorded for comparison. 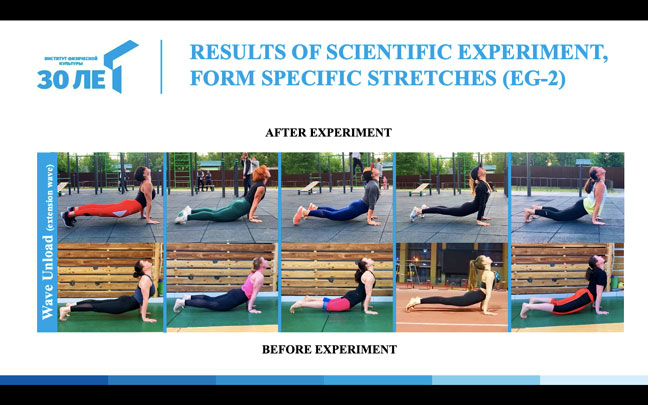 EG-2 participants performing a Wave Unload before and after the experiment.

In order to test motivation, we used two questionnaires. 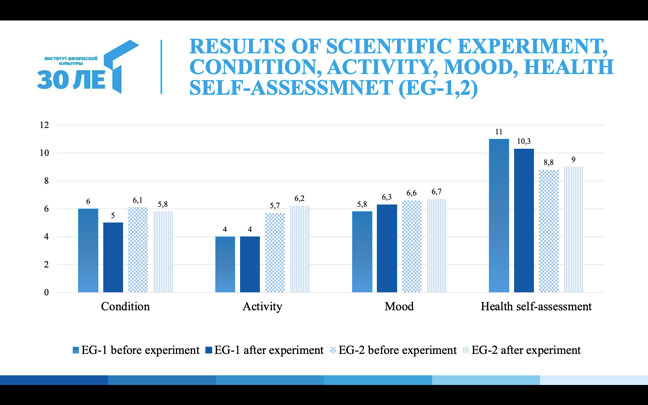 While the intention of the testing was not to compare the two groups, the results from the motivation data show an interesting picture. For this reason, the results appear side-by-side.

Here is what we found:

Research results showed a notable increase in physical abilities, such as static and dynamic balance, shoulder and spine mobility, and explosive power abilities. Additionally, all participants said that it was a pleasure for them to explore Animal Flow, noting that it was much more interesting than any other fitness program they had tried previously. All experiment participants keep practicing Animal Flow in their groups as well as on their own, with one participant from the beginner group becoming a Certified Instructor.

Tyumen State University has recommended this work for further PhD research and has included Animal Flow in their regular student schedule as a standalone class. This class is taught by L2 Certified Instructor and scientific director for my dissertation, Ekaterina Simonova, PhD.

Animal Flow has a growing body of research supporting its efficacy in numerous areas. Check out The Science of Animal Flow page to read more about the other studies.