The Science Behind Animal Flow

Proven benefits for body and brain 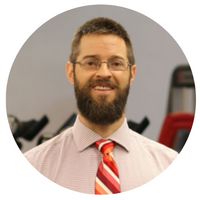 Some of us really love research. Some of us can’t stand it! For the longest time I was in that second category. I used to be very skeptical and cynical about it; I still am to some degree but in a much healthier way now! It seemed that emerging research was always lagging behind what we as practitioners already knew or had been doing for some time. Additionally, none of the research designs seemed practical for me as a personal trainer. Everything was so controlled and just didn’t appear to reflect real world strategies or scenarios that applied to me.

But research, as I have come to understand, does hold great value. It is not the end-all and be-all by any means. In fact, “evidence-based practice” (a buzzword in many clinical settings) involves using the best current available research to make decisions, in conjunction with your own experience as well as the individual preferences and history of the client or patient you are working with. However, the beauty of research is that it does control for things (such as environment or conditions) and attempts to answer very specific questions. These answers can help point us in the right direction or, at least, validate what we might have learned through our own experiences.

There is plenty of research on most topics related to health and exercise. However, there are also many gaps. One such gap is research on novel types of training such as Animal Flow. This is what led me to study the effects of Quadrupedal Movement Training (QMT) using Animal Flow on various fitness characteristics for my doctoral dissertation.

Despite the notable lack of evidence in this area, the research that has been conducted provides very favorable support for the benefits of this type of training.

In 2016, a team of researchers investigated the effects of 4 weeks of QMT using Animal Flow. They focused on joint repositioning sense (the ability to determine where your limbs are in space, or ‘proprioception’) and cognitive function (or working memory). The primary findings were that QMT significantly improved both of these when compared to a control condition (where subjects simply maintained their normal training).

In 2017, another team of researchers evaluated the differences in core muscle activation between 3 variations of Beast: Static Beast, Beast with contralateral limb lifts, and Traveling Beast. Each variation resulted in activation of anterior core muscles, with contralateral (opposite) limb lifts and Traveling Beast showing 180% and 140% of maximal contractile ability respectively.

The FMS™ is a standardized set of tests utilizing seven movement patterns. Each test requires a balance of stability and mobility, and provides valuable information on how an individual moves in their everyday life.

Building strength by generating tension in a specific joint angle. By contracting tissue while holding a particular position we can teach the nervous system to develop greater control over that range.

For our study we recruited 42 recreationally-active young adults who were inexperienced with QMT of any kind. We randomly split them into two groups:

There was no difference between groups in overall weekly training volume.

For each subject, we assessed the following:

The Animal Flow training program we used was designed to progressively teach all the Level 1 movements and build towards successful completion of the Beast Flow during the last few sessions. During the initial 4 weeks of training, subjects experienced all Level 1 moves, with competency being developed throughout each session. During the last 4 weeks, the volume and intensity of the workouts were increased to match growing competency and fitness levels. This included the use of mini-circuits and small combinations of Animal Flow moves practiced for timed sets.

When all was said and done, we saw significant improvements in:

In the context of research, the term ‘significant’ can be deceiving. ‘Significant’ does not necessarily imply a large difference but rather that the difference noticed was real and not due to chance. However, there were several improvements that could be considered quite large. These included active range of motion increases and improvements in quality of movement, which was considered to be “clinically meaningful” (meaning that these improvements were enough to change an individual’s diagnosis).

Interested in a more detailed explanation of the study and its results? Read Jeff’s full study.

One apparent takeaway is that more research is needed on novel types of physical activity including QMT and Animal Flow. With respect to our study, follow ups should be conducted comparing Animal Flow to other novel types of training as well as traditional training methodologies. Additionally, research should explore impacts on other fitness aspects such as positional isometric strength, muscle activation including primary muscles of the upper and lower body, energy consumption (we are currently addressing this in our lab now!), and more. This should also be extended to different populations such as older adults or athletes.

Most importantly, the biggest takeaway is that QMT and Animal Flow is an effective alternative method of training for young, healthy adults. It improves active joint range of motion, movement quality (including fundamental stabilization and mobility), dynamic single limb balance abilities, and upper body muscular endurance. As a result of the latest research, we don’t just think that Animal Flow is good for your body, we know it is.

Learn more about the science of Animal Flow at our two-day L1 workshop. Discover the full library of Level 1 movements including variations for all skill levels and how to sequence them together into Flows of your own design. Whether you want to become certified to teach Animal Flow to others or you simply want to become a better mover, everyone is welcome to attend. Full details at animalflow.com/workshops