Capturing the Artistry of Movement

How being yourself makes the most compelling Animal Flow videos

The Hong Kong-born production manager and filmmaker has had a lifelong love affair with the beauty of physical expression. In his younger years, Tsz Wai danced hip hop on a university team until he sustained a chest injury that halted his dancing.

He concentrated on his other passion, film, and attained an Associate Degree in Film and Digital Media Studies from Hong Kong Baptist University and a Bachelor of Arts with Honors in Visual Studies from Lingnan University.

Tsz Wai has spent the last 15 years immersed in the intersection of film and artistry. Throughout that time he went on to become a yoga teacher before eventually being introduced to Animal Flow in 2020. 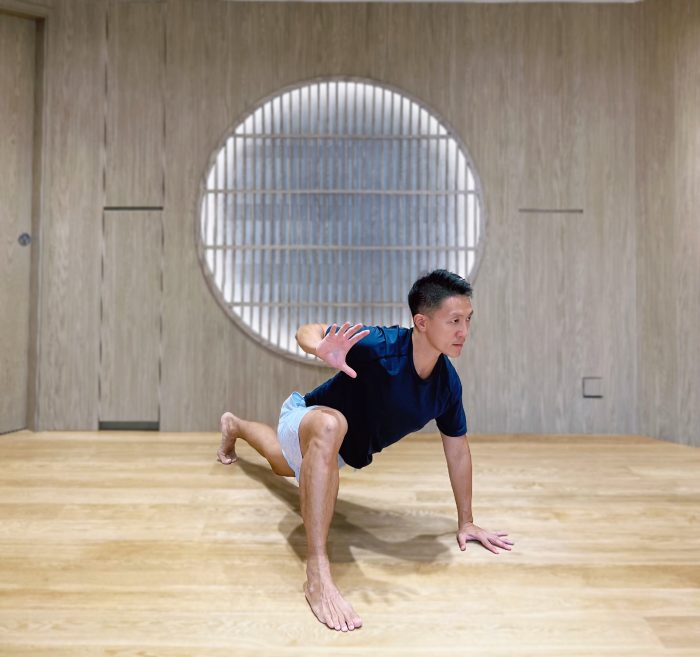 Connection to self and others

A big smile bursts out across Tsz Wai’s face as he talks about how much he loves the system.

“I’m really sensitive to myself, my emotions, my body. When I do Animal Flow, I’m being mindful. I concentrate and focus on every small part of my body,” Tsz Wai explained. “When I practice, I feel like my body and mind are connected. It’s like a healing process.”

His instant love for the system led him to take the Level 1 workshop for his own knowledge.

“When I signed up for the course, I hadn’t decided to become a Certified Instructor. It just took me back to the feeling of dancing so I wanted to improve and learn the details. It was so amazing!”

As a result of his dedicated practice, Tsz Wai gained his L1 and L2 certifications and started teaching Animal Flow classes. Soon after, Tsz Wai reached out to his own Animal Flow coaches, Billy Kwok and Regional Leader Mike Lau, along with Regional Leaders Anderson Chan and Shin Ng with the idea to shoot a video.

Together, they brought Tsz Wai’s concept to life, along with upwards of 20 local Flowists. The process wasn’t without its challenges as protracted lockdowns kept stalling their progress. Around five months later, their first video collaboration was ready and Tsz Wai had found a new passion: capturing and sharing the movement and community with the world.

“One of the most important things is communication,” Tsz Wai said. “I want to understand the Flowist’s thoughts and their style. I’m inspired by them. What I want to do is create something with the community. It means that the product is not owned by me, it’s owned by the Flowists.”

That community is a crucial part of what draws Tsz Wai finds most compelling about AF.

“To me, a community supports each other. We grow together, we learn from each other, and the community grows, too. The Animal Flow community does this; it’s special.”

What makes a great AF video?

When it comes to creating a great Animal Flow video, what matters most? Is it the location? The lighting? The Flow? The music?

“It is definitely all of it,” says Tsz Wai, “but if I have to pick one, I would say that it’s the Flow; the movements of the individual. Next is the location.”

“If I have a Flowist like Billy, for example, who likes to do Tuck Balances and their inversion is great, then I’ll focus more on those moments in the final version. Then for another Flowist, maybe we’ll focus on the Form Specific Stretches because she’s really strong in those.

“We’re all independent and have our own strengths. Don’t try to be another Flowist. Be yourself.”

With career experience in production management across drama, commercial, film and feature films, Tsz Wai has honed his eye for what makes the perfect location.

From his view, even the most seemingly mundane background has the potential to be an impressive canvas. Many of Tsz Wai’s videos span a range of locations in Hong Kong with the intention of showcasing the characteristics of the vibrant city alongside the beauty of movement.

For anyone experimenting with their own AF videos, Tsz Wai suggests using nature as your backdrop.

“Nature was born to be beautiful,” he said. “The river, the green grass, the beach–they’re always beautiful. From sunrise to sunset and everything in between.

“Shooting outside in natural light can help you take care of lighting, too. Just put your camera in front of it and it will usually suit your Animal Flow video.”

Sharing Animal Flow with the world

Tsz Wai has no shortage of plans on how he could share the practice of Animal Flow with the world. In the not-so-distant future, he’d like to travel to other countries to meet up with Flowists and collaborate on more videos. He also sees a possible exhibition of the videos from around the world.

Slightly more left-of-center but no less ambitious is a final idea from Tsz Wai.

“This might be an impossible mission but I think that, aside from the idea of the exhibit, I’d love to one day produce a drama about Animal Flow. But that’s just an idea.”

Find Certified Instructors, like Tsz Wai, in your area or online via the Animal Flow Instructor Directory. With instructors in over 40 countries, you can find both group classes and one-on-one training all over the world!