Why the happiest people seek out peak performance, alone and together

Have you ever experienced something that engages you so fully that you lose track of time? Or perhaps you’re so immersed in it that you even forget to eat or sleep? If so, then you know what it’s like to be in the ‘flow state.’

There’s something undeniably intoxicating about the feeling of being absorbed in an activity–be it playing sport, completing a work task, having a conversation or diving into a creative pursuit.

In fact, it’s not just a compelling feeling, it’s also believed to be a key factor in what makes your life happiest.

No matter where it occurs, finding a state of flow results in an experience of deep meaning and energised involvement. But what exactly is ‘flow’ and how can you cultivate more of this positive state on a daily basis? 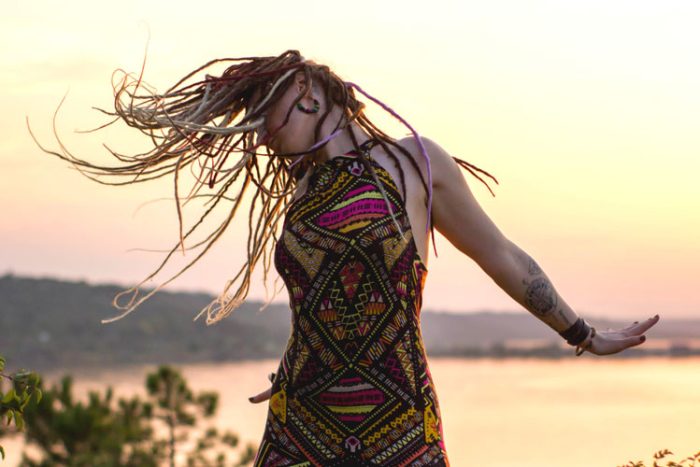 What is Flow and the Flow State?

Famed Hungarian-American psychologist, Mihaly Csikszentmihalyi (pronounced ‘Me-high Cheek-sent-me-high’), was known reverentially as the ‘godfather of flow.’ Growing up in World War II’s Europe, Csikszentmihalyi became fascinated with figuring out what makes life worth living. After spending his childhood and adolescence searching for the answer through philosophy, art and religion, he eventually stumbled upon psychology.

Csikszentmihalyi dedicated much of his life’s work to understanding and popularizing the concept of engaged concentration that he referred to as ‘flow.’

A 2016 article by Bonaiuto et al (on which Csikszentmihaly was a co-author) refers to flow as depicting “the psychological mental state of a person who is immersed in an activity with energized concentration, optimal enjoyment, full involvement, and intrinsic interests, and who is usually focused, motivated, positive, energized, and aligned with the task at hand.”

Another way of putting it is this: being ‘in flow’ or ‘in the flow state’ is what happens when you’re feeling and performing your best.

What happens during flow?

While the body of evidence on flow spans decades, specific research conducted on the neurocognitive basis of flow is still young. Here’s what emerging neuroscience tells us.

The activity in different areas of your brain changes leading to improvements in better cognitive control and, importantly, lower self-referential thinking. It’s believed that the part of your brain in the default mode network called the prefrontal cortex is down-regulated.

As activation in this area decreases, so does your awareness of self and any possible self-consciousness that comes with it. Your brain only has a limited amount of energy available at any given moment so it’s making a choice to swap out more cognitively-demanding functions in exchange for giving you more focus and attention.

In addition to lower levels of self-consciousness, the experience of flow is accompanied by:

Can you find flow with others?

Throughout history, humankind has gathered together to experience flow. In their paper Flow and Satisfaction With Life in Elite Musicians and Top Athletes, researchers Habe, Biasutti and Kajtna explain:

“In ancient civilizations group music making was one of the forms of accessing spiritual dimensions and a different perception of time was induced.”

Through music, team sports, dance and more, we have immersed ourselves in practices that we love, joining with others to create and expand what we’re capable of singlehandedly.

Dr Keith Sawyer, a psychologist from University of North Carolina, studied creativity with Csikszentmihaly. In his book Group Genius: The Creative Power of Collaboration, Sawyer identified 10 triggers that must be present in order for a group of individuals to collectively experience a state of flow.

Within the fitness community, the concept of group flow can be clearly witnessed and experienced at an Animal Flow jam. Flowists gather together to practice their skills, culminating with the collaborative creation of a movement sequence, or ‘Flow.’ It’s not uncommon for hours to fly past, with attendees excitedly contributing their ideas to the development of the Flow.

A life lived in flow

Whether alone or as part of a group, flow doesn’t just happen. According to author and flow researcher, Steven Kotler, it requires a combination of factors, known as ‘triggers’, from across psychological, environmental, social and creative realms.

Kotler identified 17 triggers in his book The Rise of Superman: Decoding the Science of Ultimate Human Performance, including:

Finding flow is a highly personal experience based on your interests, skills and abilities. If you’re looking to feel more happiness and satisfaction in your day-to-day life, start by engaging in activities you love more frequently, in the environments that you know help get the best out of you.

After all, says Kotler, “Motivation is what gets us into the game. Learning allows us to continue to play. Creativity is how we steer. And flow is how we amplify the result beyond all reasonable expectation.”

Join us for International Animal Flow Day on Sunday August 28th 2022. With over 110 jams scheduled all across the world (including some online), you can join new and experienced Flowists near you for fun, fitness and all things flow. For a full list of IAFD2022 jams across the globe, check here. We hope to see you there!