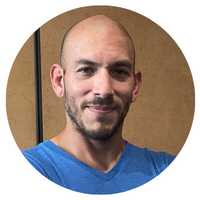 Few sports were hit harder by the pandemic than Wrestling and Brazilian Jiujitsu. It’s not hard to understand why. They’re sports where you’re as close as physically possible to another human being, exerting yourself and breathing hard. Not exactly an ideal situation to be in during a plague of respiratory illness.

Training academies shut down everywhere. Even when major cities started to reopen, people were reasonably reluctant to either start a practice or return after hiatus. If you didn’t have access to mats and an exclusive drilling partner, you didn’t have many options for safe training.

At this point, a few brilliant coaches like John Danaher and Bernardo Faria began releasing free content with tons of solo drills. The intent was to help people at least stay in shape for grappling sports while also improving the technical aspects of an athlete’s game. These drills came from a variety of grappling disciplines. They also borrowed heavily from crawling-based systems that utilized various animal movements.

Some parts of the world are starting to reopen fully and training is resuming to somewhat normal. But the renewed interest in bodyweight training is still very strong. There are good reasons for this, which can be broadly summarized as ‘because they work.’ A smart coach or athlete with the right skill set can take advantage of this trend and produce some impressive fighters.

Grappling is broadly defined as methods or aspects of fighting or combat sport that don’t involve punching and kicking. This includes a wide variety of ways to throw an opponent to the ground, controlling them while on the floor, and either: 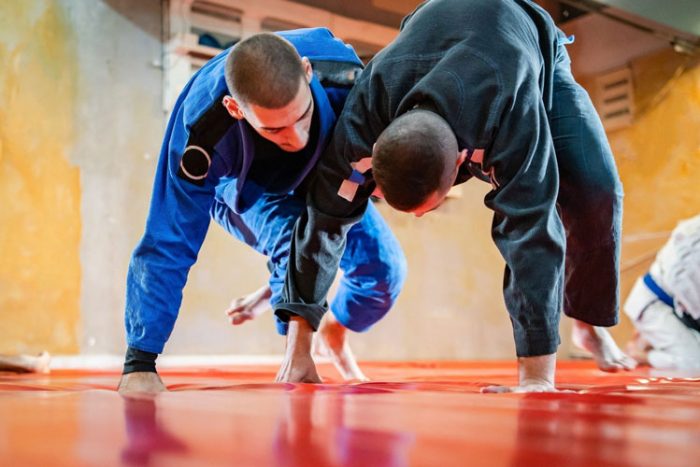 Some forms of grappling also include the use of a heavy jacket that can be manipulated to control your opponent. Grappling traditions exist everywhere in the world and are practiced as both a standalone sport and as a component of Mixed Martial Arts (MMA).

Since the first Ultimate Fighting Championship tournament in 1993, Brazilian Jiujitsu has been represented at the highest levels of MMA competition. Among those elite grapplers, there are several who utilized various forms of bodyweight training to further enhance their ground fighting.

One of the earliest prominent examples was Rickson Gracie. Through the ’80s and ‘90s Gracie built an impressive undefeated record in MMA and Jiujitsu. He was also known for spending some of his training time on the beach, practicing a mix of free-form flow and animal movements.

Connor McGregor is a more modern example of this type of fighter. In the lead-up to his shocking victory against Jose Aldo, many of his training videos featured him in parks crawling on his hands and feet, playing with handstands, and doing flow training on the ground.

A third great example is Carlos Condit. This former UFC champion is known for his unreal stamina, and for coming back from a career-threatening knee injury. He credits a comprehensive program that included “natural movements” with his recovery and athleticism.

There are a variety of modalities that incorporate animal locomotion and ‘natural movement’ to enhance a trainee’s general resiliency and performance. In my opinion, Animal Flow has some distinct advantages going for it in the way it’s designed and practiced.

The system is scalable in a way that many other systems aren’t. You don’t have to already be a talented mover in order to cultivate a successful practice. This is thanks to structured regressions in the Deconstructed Series and the classification of the individual movements based on difficulty.

Animal Flow movements are designed to let you use them in conjunction with the other parts of your practice. The system might be called “Animal Flow” but Flowing is definitely not the only way we use the system. You don’t need to become a fully-fledged Flowist to benefit from an Animal Flow practice. Cutting and pasting individual components of the system is a completely acceptable application.

Animal Flow is also portable in a way that comparable systems simply aren’t. The Animal Flow On Demand channel is a training space in your pocket with full access to the entire curriculum of movements. You can get a full practice no matter where you are.

To get a good idea of how Animal Flow can be applied to a grappler’s preparation, it’s good to be familiar with the system’s Six Components. These are:

People tend to fixate on the Flow component of the system. This is reasonable because the ability to link the movements together to build Flows is a visual expression of a high level of strength, mobility, coordination, creativity, and cognitive flexibility. These are all attributes that are important to possess during a fight. However, in this particular context, we aren’t trying to build elite Flowists. We’re using the system to optimize the performance of a fighter. That fighter is going to express those gifts in the form of takedowns, joint locks, chokes and controls. For this reason, we will use Flows sparingly in the programming of a grappler. When we do incorporate them, it’s beneficial to keep Flows short and simple so that it also facilitates energy system development in a way that is specific to the needs of the grappler.

Wrist Mobilizations and Activations should form the foundation of a practice that includes Animal Flow. Their versatility makes them useful for most athletes. Specific to grapplers, Activations are a powerful way to understand and cultivate the sort of abdominal bracing that makes for powerful pins and holding techniques.

One of the fundamental pillars of Animal Flow’s design is Resilience. We can utilize Animal Flow to add variety to a movement program where an athlete has adapted to the specific demands of their sport in order to perform for longer without degrading.

One of the more powerful and visually apparent ways that Animal Flow can supplement a grappler’s training is as a component of their strength and mobility preparation. One of the training deficiencies that are a constant in many sports is the tendency to focus on a small number of positions that are specific to winning in competition. This, in turn, creates imbalances that may eventually result in injury.

An obvious example of this situation is the amount of time BJJ players spend practicing retaining the Guard position. The duration spent with a deeply rounded upper back and opened hips quickly creates imbalances in the stability of the spine and elevates the risk of serious injuries. We can counteract this by utilizing exercises that expose the body to a range of positions and joint angles.

Another pillar of Animal Flow is that of Performance. One of the goals of a strength and conditioning program for any athlete is to make them better at their sport. A coach identifies the biomotor abilities needed to excel at the sport, and selects exercises and drills to cultivate these abilities in the athlete.

In a sport like (e.g.) Judo some of these include:

A lot of young athletes have often heard an older coach say that “the only way to prepare for wrestling is wrestling.” This has long been considered true, primarily because the conventional tools of running and bodybuilding-style resistance training aren’t going to do a great job of preparing the athlete. (The coach may also lack better choices, but that’s a story for another day.)

We now have a better understanding of how athletes respond to resistance and load-bearing exercise, as well as how to plan their training to elicit specific responses. We also have a much wider variety of tools and modalities that we can apply.

Animal Flow is a useful conditioning tool for grapplers because, much like in a grappling sport, all four limbs are fully engaged in an attempt to advance and secure the fighter’s position in an attempt to score a pin or secure a submission. We can use Animal Flow as a way to engage in fighter-specific cardiovascular exercise that prepares the athlete for the rigors of sparring at low risk of injury.

In this drill example, we’re switching back and forth from the positions of Crab and Crocodile. One of the novel ways in which Animal Flow can be manipulated is by switching speeds. Moving more slowly in a drill like this doesn’t necessarily make it ‘easier.’ Moving slowly forces the athlete to brace and keep the core tight in order to maintain their balance through the movement. By contrast, moving faster will challenge the ability of the athlete to stop the momentum at the endpoints of the movement.

Despite the number of times the system is visually compared to Capoeira, system founder Mike Fitch did not study any martial arts while developing Animal Flow. Animal Flow itself is not a martial art and doesn’t purport to be. This doesn’t change the fact that there is a lot of overlap in the way that Flowists move and the way an effective grappler moves.

When an athlete is struggling to perform or understand a technique when trying it during sparring or training, it’s useful to isolate the mover and have them practice an AF technique that mimics the pattern of the actual technique. This is a component of the Jiu-Jitsu chapter in the upcoming Animal Flow for Martial Arts and Combat Sports book.

In this video, we use two AF movements, Underswitch Tap and Side Kickthrough, to help understand the direction change and explosiveness needed for this grip break and collar drag from Butterfly Guard.

A fighter’s training has to cover a lot of different bases and biomotor abilities to help them be successful on the mat. And in the process of all this training, eating, sleeping, recovery and living normal life still have to happen. Time and efficiency are of the essence. This means that any modality that gets introduced into an athlete’s program has to play multiple roles and fit multiple purposes. The versatility and easy application of Animal Flow makes it an ideal choice for the development of any fighter.

The 200-page Animal Flow for Martial Arts and Combat Sports book is just days away from launching! Featuring chapters on BJJ, boxing, karate, strength and conditioning, and more, it’s the ultimate complementary training tool for any martial artist or combat sports athlete.