Accessing finesse in the air and on the ground

Marlo Fisken is the kind of woman that gets your attention without even trying. She’s effortlessly graceful, funny, intelligent, and comes across as statuesquely Amazonian, though she measures in at 5’7. Marlo is unapologetically herself in a way that is inspiring, endearing and honest, and makes you instantly want to be best friends with her.

She’s also one of the best pole dancers in the world. 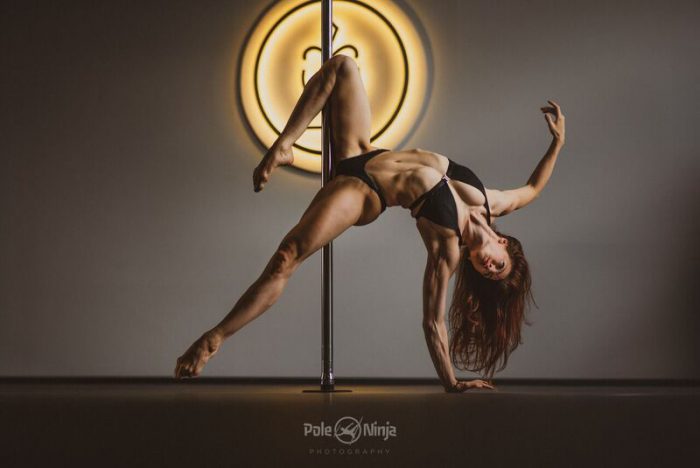 Marlo is a life-long student of dance and movement.

A life-long dancer with credits to her name from gigs alongside some of the biggest names in music (Diddy, Nelly, Pharell and Wyclef Jean, to name just a few), Marlo discovered pole around the age of 23. After being introduced to it by a friend, she took her first class in New York.

“I didn’t really like the format of the class, but I felt the immense potential of exploring movement with the pole,” says Marlo. So she bought a pole and began her own experimentation.

“I saw the pole as a place to explore sensuality, and play without stylistic limitations. I saw tremendous possibility that had not yet really been explored.”

“I’m not someone who often makes big, bold statements like, ‘I’m going to be the best,’ but I distinctly remember thinking to myself, ‘I want to be one of the best in the world at this.’ I kind of shocked myself with the certainty of that sentiment.”

It proved to be not only a bold statement but also a prophetic one, with Marlo winning an American championship within a couple of years, followed by an international title shortly thereafter.

A life-long dancer, learner and teacher

Marlo’s signature style mixes strength and athleticism with finesse and sensuality, both on the pole and on the floor. Her exceptional ability to make dance concepts accessible to even the most novice movers has made her a highly sought-after teacher globally. 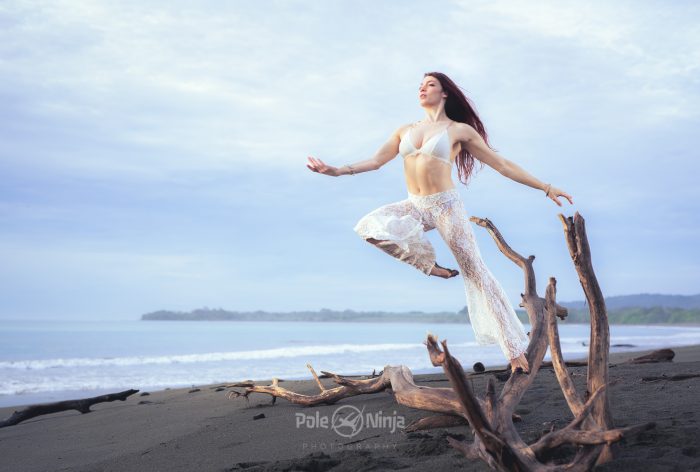 Marlo Fisken has performed and taught pole dancing and movement in over 70 countries.

“Even as a child, I’d always invite people over and be like, ‘I’m choreographing a routine. Here’s what everybody is doing.’ So, as far as instructing is concerned, when people ask how long I’ve been doing it, I tell them, ‘My entire life.’”

Created from Marlo’s “desire to share the benefits of fluid, creative, dance-based movement with the world,” Flow Movement provides a playful, exploratory approach to moving on the ground.

“The word ’dance’ is loaded with people’s prior relationship to the experience of dancing,” says Marlo. “It’s loaded with their expectations of what they should be able to do versus what they’re actually able to do. They often feel bad about their perceived insufficiency.”

“I’m not even past that, in many ways,” she says with a wry smile. “We put on music and dance, and we go, ‘Who is a dancer? Who is not? Who is a good dancer? Who’s not a good dancer?’ If we could just change that to something with a clear focus such as, ‘Can you match the movement of your shoulders to something you hear in the song?’ then it’s almost like a game that becomes a gateway to dance.”

Therein lies a glimpse of Fisken’s genius: her powers of observation and awareness, and her knack for distilling complex concepts into achievable, non-intimidating, digestible nuggets.

Marlo’s fluency in the air and on the earth is a sight to behold. She moves like mercury, effortlessly morphing from one shape to the next and the next. The ease with which she contorts and floats through movements belies the investment of time it has taken her to achieve. Yet, Marlo believes that grace can be learned and developed.

“Finding grace largely stems from enjoying what you’re doing, being present with what you’re doing, rather than grasping for the next thing or rushing ahead. Something that many dancers have to learn is how to take time to be present and to express something particular within their movement.”

“It’s not something we really talk about in fitness,” continues Marlo. “We don’t ask, ‘What are you expressing while you squat?’ You’re just trying to execute it a certain way, perhaps for a certain number of repetitions. We’re not generally trying to be expressive or creative with it.”

“And that’s one thing I think people could benefit from learning in their movement: more playfulness and creativity. For example, if I fall, I might think to myself: ‘I just totally fell. All right. Where could I go with that? How could I use that weird thing that just happened and dance with it or turn it into something else?’ I often think to myself, ‘Well, that was weird.’ When that happens I just decide to keep being weird because it feels so much better to do that than to give up or stop.”

1. Bring awareness to the ground

“What almost my entire Floor Flow teacher training is based on is getting very aware of how you’re connecting to the ground. When you are shifting contact points, what is the quality of that shift?”

“Let’s say that you’re putting your hand or foot down on the ground. Often what happens is that there’s a small reverberation in the ankle or hand. But what if you could get much better at gliding and coming to a stop, which is what I call an ‘airplane landing.’ Or can you do a ‘squishy’ landing, where you allow your elbows to bend or your shoulder blades to move as if you have this absorption quality?”

“Another element is observing where our focus is. It’s listening and responding. For instance, can we pick up on what you’re paying attention to as you move? Are you being receptive enough to the music? Are you letting it permeate your body? Or is there just music on and you’re anticipating it?”

“A practice I like is to try to listen with every cell in my body and then only move once I hear something. You’re not trying to move at the exact same time as the music, just allow yourself to be delayed, as if you’re in conversation with the music.”

3. Use your legs and your spine

“I look at whether someone is pulling themselves away from the floor or they are able to rest into it. For many people, they’ll have a conception of ‘grace’ as being very balletic in nature, a very presentational and aristocratic way of moving where they don’t move their spine very much. But for me, I think that grace involves being in your legs a lot, having smooth weight transfers, and feeling the floor beneath you.”

“We also tend to have this misconception that bracing your spine equates to strength. It doesn’t. Rotation through the spine and elastic recoil is where your power comes from.”