Bill Watt is not your average 72-year-old. Even with a lifetime of sports and a double hip replacement under his belt, the New Zealander decided it was never too late to learn a new skill. That skill? Animal Flow.

Having been introduced to it initially through his yoga instructor, Watt began taking classes led by Fede Orion, Animal Flow Regional Leader from Argentina.

“When I first saw it,” said Watt, ”I thought, ‘Hell, I can’t do that!’ but I can be stubborn so I continued on with it.” For Watt, he felt that the movements were “putting a lot of things right.”

“I remember my first experience with Fede’s group. I could feel it re-establishing a connection to my body. The whole thing felt very cathartic, really; I felt as if it were correcting my body.”

Moving well at any age

Beginning regular practice has resulted in a host of notable benefits for Watt.

“My mobility has definitely improved,” remarked Bill. “Six months ago I couldn’t squat down to this depth. A lot of the niggles and aches and pains have gone, too. Everyday life is easier, even just picking up something from the ground feels easier.” 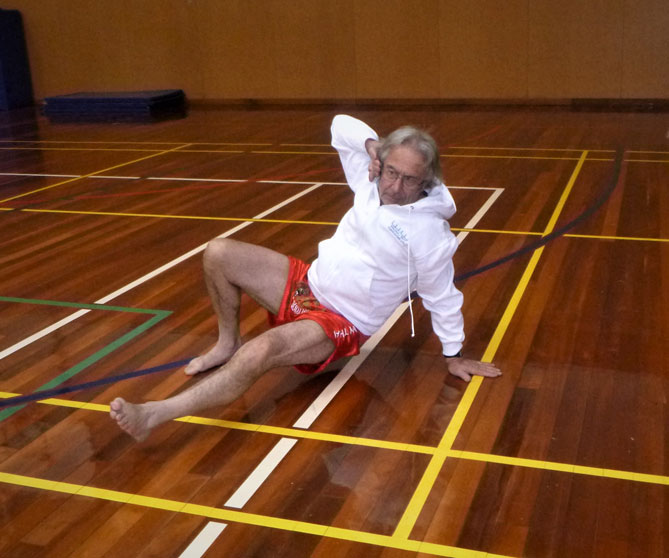 And Bill’s not alone. 63-year-old Elke Schmitt has been practicing Animal Flow for four years.

“I was initially attracted to the fluid movements and the possibility of connecting all of the moves together,” said Schmitt. “Now I feel the benefits; I have more stability, mobility and endurance. “Sometimes we’ll just add elements of Animal Flow to my training and sometimes we’ll do a full hour of it.”

Elke’s trainer, Nidal Sinnuqurt, is a Certified Animal Flow Instructor from Wiesbaden, Germany. He believes that every client can benefit from Animal Flow, irrespective of age, with the use of regressions where needed.

“If someone can’t do a particular movement, it’s not a problem,” said Sinnuqurt. “I try to find out why, so that I can help them be successful. Sometimes that means we need to use Deconstructed versions of the movements.”

The benefits of regular physical activity are clear for all ages, but for older adults, it’s particularly valuable for longevity and quality of life.

And, as wonderful as that list is, it’s only scratching the surface of what activity can do for the aging individual.

Preventing falls for health and freedom

As we age, not only does the risk of disease and impairment increase but so too does the risk of falls. Maintaining our functional independence becomes more important than ever. Once we reach the age of 70, we’re three times more likely to die from a ground-level fall (such as from standing) when compared to people under 70. 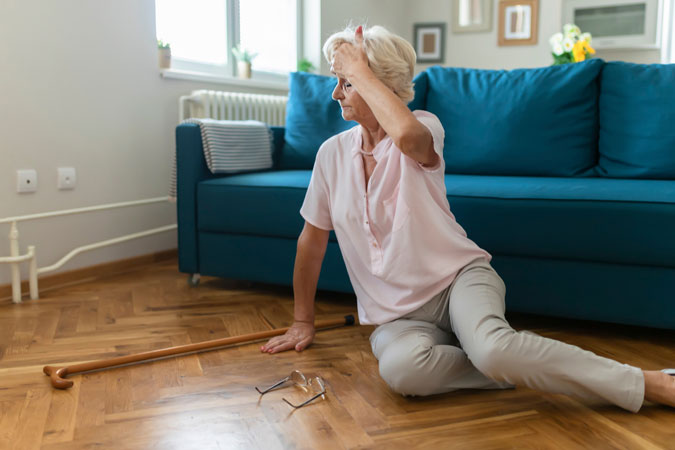 Research shows that the more afraid we are of falling as an older person, the lower our quality of life becomes. When we are afraid of falling, we tend to limit our exposure by restricting the activities we do. This restriction leads to less social connection with others, less involvement in the things we love doing, and poorer mental health.

Between 2007 and 2016, the rate of deaths from falls in older adults in the US increased by 31%. Many of these were preventable.

A systematic review from a group of researchers in Australia identified that the rate of falls could be reduced by 39% through the use of well-designed exercise programs. The two characteristics that determined this were found to be a “high challenge to balance and more than 3 hours/week of exercise.”

For Regional Leader and movement therapist Guillaume “Gee” Tual, Animal Flow has been a valuable tool for improving the freedom of movement and confidence in the older clients he has worked with.

“A client I worked with for a number of years, Kathy, was in her ‘70s and had survived cancer multiple times,” he said. “She told me of one occasion when she had fallen out of her hospital bed.

“As she lay on the ground, she thought to herself, “What would Gee make me do now to help me get back up?” So, she used regressions of Animal Flow movements that we had practiced.

“When a nurse saw her and asked what she was doing, Kathy said to her, “Leave me alone; I can do it myself.” I was pretty pleased by that.”

The benefits of hands and feet on the ground

There are a lot of changes that occur as we age. Many functions that we think little about will diminish–from the way our cells communicate with each other (called intercellular communication) to the production of adaptive immune cells (that help our bodies to eliminate pathogens).

We lose muscle strength, power and endurance. Our motor functions deteriorate, the central nervous system changes, and we notice reductions in our balance and coordination. It’s multi-faceted so to tackle aging with physical activity, we need to focus on cardiorespiratory, muscular strength, and neuromotor fitness improvements.

It’s Animal Flow’s ability to target all three that leads Tual to view quadrupedal movement as a powerful weapon against aging.

“As valuable as it is, we need to do more than just walk as we get older,” said Tual. “We need to challenge our balance and stability as well as develop our strength and mobility. Neuromotor fitness–which features balance, proprioception and agility–is very important for older clients, particularly those who are already noticing limitations in their daily movement.

“In fitness, we typically look at seniors and try to cocoon them when in reality they often love a good challenge. They’re also tired of being told what they can’t or shouldn’t do. AF is a great way to challenge them through play, coordination, and body awareness, while also building strength and helping them build confidence that fights back against the fear of falling.”

Bill Watt is certainly living proof of a septuagenarian who is up for a challenge. In 2021, Bill decided to take the Level 1 Animal Flow workshop and, in 2022, he became one of Animal Flow’s oldest Certified Instructors. Even so, he knows that this is the beginning of his personal journey.

“I want to get to a point where I’m confident and competent in every way,” said Watt. “I don’t care about speed but I do want to Flow neatly, elegantly.

Take a look at Bill in action below. He’s drilling a series of movements from Level 1 as part of the practice he undertakes four times per week.

You can give the gift of movement to a loved one with an Animal Flow On Demand gift subscription. Options start from as little as $20 and give the recipient unlimited access to all classes, Flows and tutorials, including AF Deconstructed.