Leveling Up at the 2021 AF Virtual Summit

A 24-hour event with education, community, and flow 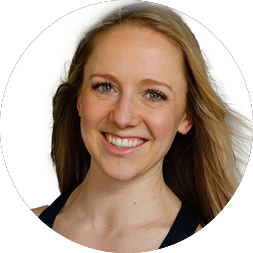 The idea of a 24 hour Animal Flow summit may bring up visions of people trying to move through a Flow marathon but that would be missing much of the picture and thankfully only a couple of people took that arduous approach. The inaugural Summit in 2020 was created in an effort to bring people together during a time when so many had been isolated. It was also created to provide ample learning opportunities for our global instructors to build on their existing skill sets with a greater understanding of how Animal Flow could be applied.

With multiple streams of lectures, workshops, and classes going on at once, attendees could select their learning streams and involvement based on their needs and, of course, time zones. This first summit proved to be just the beginning and it is for this reason that we launched a second one just six months later to a broader audience with over 48 hours of content.

Since its inception, Animal Flow was designed to bring people together, to invite them back into their bodies, and to be used in a way that would build a more resilient human body. As such, it was a system built to be accessible to anyone at any stage in their lives and movement endeavours and to be used as a metaphorical glue between all the other ways in which an individual loves to move. In short, you can use it how you like, when you like, as in depth as you like, and to help you do the other things you love for longer.

The variability within which AF can be applied is something spoken about in workshops and seen across the global community, but a snapshot of either summit brought this to full display. Each one permitted some deep dives into complementary tools that we simply don’t have time for in a workshop scenario. Incorporating sessions on language specifics, assessment work, soft tissue tools, strength programming, pre-post natal application, skill-specific training, injury management, group classes, adaptation for specific populations, recovery tools, branding, online coaching, and much more was possible because of the variability that exists within the team itself. Just a few hours of the sessions included topic ranges such as:

The AF team constitutes 27 professionals each with unique backgrounds as far as both movement and education are concerned and an abundance of knowledge: The summit allowed each of them to bring forward their subject matter expertise in how they apply AF with other systems and tools. By and large the sessions were chosen and designed to answer questions that we’re frequently engaged with both from instructors and OnDemand subscribers alike. We’re far from answering all of them nor are we finished learning ourselves so one thing we can guarantee is that there will be more summits to come. Ultimately, if we can help others see the ways in which they can use and apply the AF system, we can help them keep doing the other things they love too.