Move With the Heart and the Body Will Follow

Flowing through life challenges, weight loss, and finding community where you least expect it 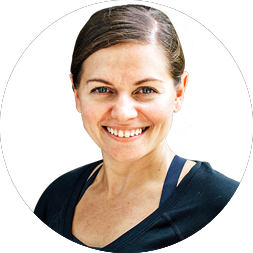 This has been a challenging article to write. That has nothing to do with the wonderful individual at its center, Mark Gil. Instead, it has everything to do with it bringing a sensitive issue to the table for us at Animal Flow and nudging us to continue to think about what we stand for and how we portray that, respectfully, helpfully and authentically, in this world.

We talk about weight loss in this article so if that’s something that causes you distress, it’s ok to not read any further. If you do decide to read on, you’re going to meet a man with a heart of gold who is on a personal mission that includes helping others to change their own lives, should they wish to.

The choice to transform

Today, someone choosing to transform their life by way of their decision to transform their body is a surprisingly complex issue. Everyone has a story worth telling and still, as a company committed to inclusivity, community and lack of judgement, should we cover this? How do we give a platform to a remarkable person with a powerful story without alienating anyone in our community? Above all, how do we know what is the right thing to do?

To me, what’s important about Mark’s story is not that his weight decreased. So, then, what is? It’s that Mark is far along the road to achieving a self-determined goal that he feels continues to change his life for the better.

I see Mark’s transformation goal in much the same way as I see a goal of unlocking a new movement skill or attaining a certification after years of dedicated pursuit. All are worthy of celebration. The form that goal takes is not what is being glorified. The commitment and tenacity required to achieve something that is important to Mark is.

Having written those words, I also fully acknowledge that the concepts of achieving a Tuck Balance, getting a certification, and body transformation can’t ever actually be compared fairly. People don’t typically judge or shame someone for anything to do with either of the former. They sure as heck do so when it comes to the latter. That’s unfair and unwarranted.

Your weight is not your worth

Maddie Berky, AF Master Instructor, worded it articulately when she explained that even a well-meaning story that addresses weight “doesn’t exist in a vacuum. It exists in a culture and in an industry that has been mono-focused on the scrutiny and judgement of fatness.” At Animal Flow, we choose to contravene such damaging judgement. What you weigh does not determine your worth.

You don’t need to change your body to practice Animal Flow. We’ll never try to tell you how you should look, what shape you should be, or what you should weigh. Those things will never be judged in any way which means you will never be judged in any way. All we really want to do is invite you to move–with guidance, friendship, fun, and the support of a global community who always wants to see you win, in whatever way matters to you. I hope that message shines through in the telling of Mark’s story.

When Mark Gil was just 17, he lost his best friend–his mom, Pat–to lung cancer. He did what seems only normal for a teen coping with the death of their mother: he took it hard. Mark went through “a depression stage and a rebellion stage” that severely strained the relationship he had with his father.

In the years following, Mark started his career in the financial industry, working his way up within the institution he worked for. He married his wife, Gracie; became best friends with his father; and had a daughter. Life had moved on but Mark was still grieving.

“I’d never really gotten over the loss of my mom so I turned to food and alcohol and doing things that weren’t healthy for my body,” said Mark.

In 2012, when Mark’s daughter, Alina, was 2, he realized something needed to change.

“I was pushing her around on a little tricycle, right here in my house, and I couldn’t breathe,” Mark recalled. “I wasn’t having a heart attack or anything, I just couldn’t breathe.

“I asked myself, ‘If someone were trying to hurt my daughter or kidnap her, would I be able to run fast enough to save her?’ and I knew that the answer would be ‘no.'”

Mark knew that if he wanted to continue to be actively involved in his daughter’s life, he needed to make some positive changes and get his health under control.

Having avoided the scales for years, Mark weighed himself and was surprised by the number he saw.

“I was 319 lbs (145 kg),” exclaimed Mark. “I’d never been a small guy, even in high school, so the number on the scale didn’t matter but I realized that I wasn’t being healthy anymore.”

The journey to health

In an effort to create sustainable weight loss that his body would be able to adapt to, Mark knew that he’d need to take it slow.

He joined a boot camp where a good friend, Matt, introduced him to some bodyweight movements that turned out to be Animal Flow.

“At the start, I was thinking, ‘What is this crap? I just want to pick up heavy dumbbells and curl and press and run. I don’t want to do this stuff.’

“But as I kept doing it, I noticed that my mobility was changing and I was able to do things that I couldn’t do before.”

By this point, Mark had lost just over 40lbs (18kg) slowly and steadily by focusing on nutrition and physical activity. He also gained an understanding of the power of movement.

“I told Matt, ‘I want to help people and support them in their movement journey.'”

With support from his family and Matt, Mark began his instructor journey. Mark took some foundation certifications and traveled to Houston, Texas to attend an Animal Flow instructor certification workshop in 2019.

“I’ll never forget it. I was at my buddy’s wedding, at the courthouse on Valentine’s Day, and I’m there refreshing my emails waiting to find out if I passed or failed. I got the email telling me I was certified. I was screaming and everyone was like, ‘Wow, you must be really excited that your friend got married,’ but it was because I was finally certified,” Mark laughs. “And of course, seeing my best friend get married was a plus.”

Mark took the opportunity presented by the pandemic to double down on his Animal Flow training. He joined online classes led by another instructor in the community, worked out every day, and took the Level 2 workshop.

“I’m not going to lie, there were times when I didn’t want to do that class. But I pushed myself and I was always so happy that I did.

“As I started to evolve as a Flowist, I started getting better and better, and I was seeing more improvements in my health and fitness.

“I’ve lost 85lbs (38.5kg) through the years by taking it slow, enjoying the journey and meeting new people. That’s what I love so much about Animal Flow and my transformation journey: I’ve met so many beautiful people. I know that if I need to reach out to someone for help, I always can.”

Mark humbly credits many of those who have been there along the way, and continue to help him today. There’s the love and family support from Gracie and Alina, who make sacrifices to allow him to do what he loves; the community support from Matt and co-founder, Hudson Stancliff, at Intentional Patterns, where Mark gets to share AF classes; and the nutrition support from Athletic Spa 212, which he says has been instrumental in his journey.

“I’m also thankful to Mike Fitch, Karen Mahar and the Animal Flow community for creating such a special movement program and a beautiful community for all movers!” 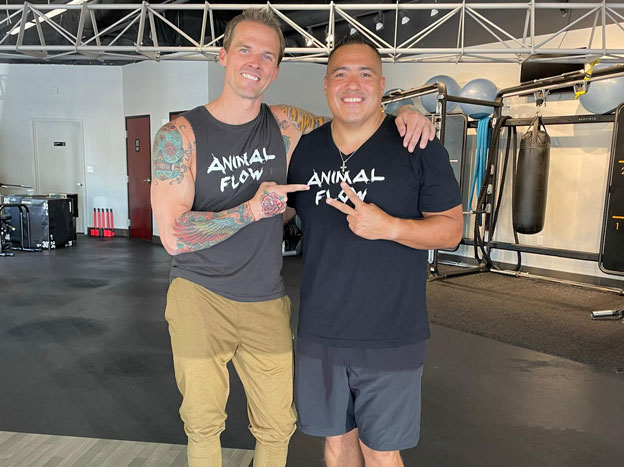 Mark’s health and fitness journey hasn’t been without its challenges. In addition to the loss of his mother, Mark’s wife had breast cancer in 2012, and, devastatingly, he later lost his dad to cancer.

“That was a real setback for me but I knew I had to keep going. There have been so many things that have happened in my life. I’d reach certain health goals and then something would cause me to ‘yo-yo’ but I started doing Animal Flow and that really inspired me.

“I remember when I was young, I’d go to all these dances and I’d see all these cool cats doing these dances. I’d be in the background just wanting to jump in but I didn’t know how to dance.

“And so when I do Animal Flow, I finally feel like I’m able to jump in and dance and do things that I hadn’t been able to do before.”

The 44-year-old has his sights set on steadily progressing towards his future goals: continuing his health journey, becoming certified as an L2 instructor, being appointed as an AF Regional Leader in San Antonio, and one day sharing AF with the community from a stage at the iconic Hemisfair Park.

One of those goals, becoming a Regional Leader, is already on the cards with Mark being appointed as Regional Leader for San Antonio, TX, USA as of late July 2022.

“Mark has shown exceptional leadership in his local area and we’re thrilled to welcome him officially as a Regional Leader,” said Karen Mahar, Animal Flow’s Chief Operating Officer and partner. “I have no doubt that Mark will continue to be a great representative of the program.”

Three tips from Mark for beginning your Animal Flow journey

1. Don’t get lost in another Flowist’s journey.

When getting started it can be common to compare yourself to other Flowists, some of whom have been practicing for many years or may have a background in dance, acrobatics or other performance sports. “It’s beautiful to see them do it,” said Mark, “and to want to Flow like them but I am Mark and the way I Flow is the way that only I can Flow.”

2. “Move with the heart and the body will follow.”

Mark believes that if you focus on what is motivating you to move, you’ll be able to do anything you want. For Mark, it’s his daughter: being healthy enough to play with her while she’s young, and to see her grow up and have her own children (who he hopes will one day allow him to teach them Animal Flow).

3. Be humble enough to deconstruct.

“Don’t expect to be perfect when you start. It’s not a race, it’s a long, beautiful journey. Don’t be scared; just take the first step to move. There are modifications, there are ‘Deconstructed’ moves, there is always a way to move.”

Embarking on new things can feel daunting at times but starting Animal Flow doesn’t have to be. Read this advice on beginning your AF practice from nine Master Instructors.