‘The Only Person Who Can Stop You Is You’

Regional Leader Clark Cheung on cancer, movement and pursuing what you love

In March 2021, Clark Cheung heard eight words that changed his life in an instant.
“Mr Cheung, you know you have cancer, right?”

As a fitness professional who prioritized his health and training, never in Clark’s wildest imagination did he expect to hear those words, much less at the young age of 33.

“I claimed to have a healthy lifestyle,” said Clark. “I didn’t drink, didn’t smoke, I didn’t ever have any major illnesses, not even many colds or flu. But throughout the last two years, I didn’t get enough sleep. I was training so many clients and I didn’t have enough rest time for myself. But I loved it, I love what I do, so I didn’t mind getting less sleep.

“I didn’t realize that kind of thing could potentially be really harmful to my health,” he said.

Finding out you have cancer

In late 2020, when a massage therapist suggested that Clark get some medical advice on two swollen lymph nodes, he brushed it aside.

“I didn’t give a shit,” Clark said, trademark cheekiness in full force. “But after a couple of months, my neck started to get really swollen.”

It wasn’t until after having four tumors removed, each measuring ⅘” (2 cm), that Clark started to get worried. “I still didn’t realize how bad it was,” he recalled. “They told me that they’d found malignant tumors but they didn’t say the word ‘cancer’ so I thought it was ok. I thought if we could just remove all the tumors then I would be fine.”

After seeking out more medical opinions, Clark was finally faced with the seriousness of his diagnosis.

“In late March, I went to another hospital. When the nurse had read all of my records, she looked up at me and asked, ‘Mr Cheung, you know you have cancer, right?’ I just couldn’t believe that it could happen to me.” 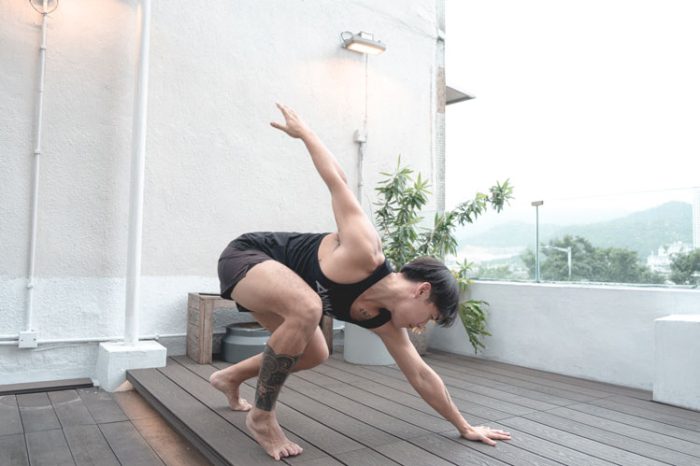 Clark Cheung before his cancer diagnosis.

Knowing only that he had lymphoma but not what stage it was, they advised him to return the next day for blood and bone marrow tests. Clark begrudgingly cancelled his 10 personal training clients and returned for the tests. The diagnosis: Stage 4 Follicular Lymphoma.

A slow-growing form of non-Hodgkins lymphoma, follicular lymphoma is often detected in late stages due to its minimal (or non-existent) symptoms. In Clark’s case, it had already metastasized by the time he was diagnosed.

Clark’s wife, sister, godfather, and other relatives pleaded with him to accept treatment. With the full support of his clients and loved ones, Clark made a decision: he’d give treatment his best shot.

The toughest high-intensity interval training of your life

Knowing that he’d have six courses of chemotherapy ahead of him, Clark decided to approach it with a coach’s mindset: “I took it like high-intensity training.”

The monthly, 5-6 hour chemotherapy treatments took their toll. Within seconds of the medicinal cocktail entering his body, Clark would feel sick and dizzy. In a bid to stop the cancer cells from migrating to his brain, doctors began performing lumbar punctures so they could deliver the drugs directly into his cerebrospinal fluid.

It would take Clark up to 10 days to recover from each treatment bout. Once he felt well enough, he took every opportunity to engage in things that brought him happiness.

“Before I had cancer, I always worked out. I’d run, go outside, go hiking. But once I had cancer, I had to stop so many things. When I recovered enough to feel normal, I went out to do those normal things, to make myself feel like a normal person again.”

Clark also brought as much positive mindset power to his fight as he could. “I’d keep telling the cancer, ‘Oh, cancer cells, you don’t belong here. Please go away. I don’t need you. You don’t need to stay here. Just go, please.’”

And they did. At the time of writing this article, Clark is cancer-free. 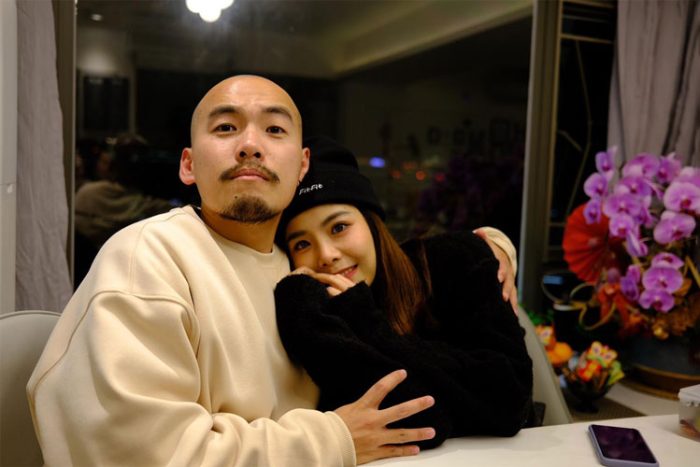 Clark and his wife, Nana.

Before cancer, after cancer

Ask the Macau resident how his battle for survival has changed him to date and you’ll get an uncharacteristically serious answer.

“There’s one word I want to say: priority,” Clark explains earnestly. “Sometimes in daily life, we struggle with so many tiny things and maybe we don’t feel happy. But having cancer helped me to realize who and what is most important.

Clark says that his health is now even more of a priority than before. He’s eating better, exercising in a way that feels suitable for his recovering energy levels, and he’s working less than in the past.

His life mission has changed, too.

“For me, sharing about cancer is now much more meaningful than telling people that they should have a six-pack. If I can show someone how to use a different attitude to face cancer, it might help. It doesn’t mean everybody needs to be like me, but maybe after I talk with them, they’ll decide to give it a shot.”

Clark’s love for fitness hasn’t diminished. If anything, it’s transformed and matured; he sees the power it holds for mental health and mindset. Clark credits much of his positive mindset through treatment to his ability to endure hard things physically and sees the opportunity to use fitness as a tool to help others.

Regaining movement and connecting to community

Throughout his diagnosis, treatment and recovery, Clark has had the support of not just his wife, Nana, and loved ones, but that of the whole Animal Flow community.

While still unsure of how his health would fare, Clark decided to take the plunge and sign up for the upcoming Animal Flow mentorship in Greece. When the program details were released, Clark was initially enticed by the premise of traveling to a new country but “in the end, it’s because of Animal Flow.”

“If there is one thing that you really love, that you want to keep doing, then don’t let anything stop you. Doing the things you love is what it means to be alive.”

You can tell that Animal Flow is one of those things for Clark. As Regional Leader in Macau, he’s made huge in-roads towards his goal of sharing the practice with others.

You can find a Certified Instructor, like Clark Cheung, in your region by searching via the Animal Flow Instructor Directory. Search by type of session (in-person or virtual, group or personal training), location, level of certification and your preferred language.